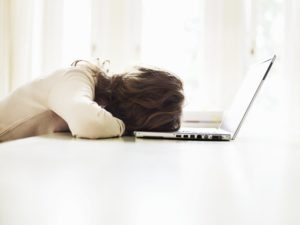 Working long hours can have detrimental effects on health — to include diabetes,  and other chronic diseases.  Now, in the latest study exploring the effect of extended work hours, researchers say that type 2 diabetes may be one of them.

Mahee Gilbert-Ouimet, analyzed data from a database of more than 7,000 workers in Canada who were followed for more than 12 years to better understand whether work hours can affect the risk of diabetes. A study reported  that women working more than 45 hours a week had a 51% higher risk of developing diabetes.  They did not see the same effect in men; in fact, men working longer hours seemed to have a lower risk of developing diabetes compared to men working fewer hours.

“I was surprised to see the somewhat protective effect of longer working hours among men,” says Gilbert-Ouimet. “Among women, we know women tend to assume a lot of family chores and responsibilities outside the workplace, so one can assume that working long hours on top of that can have an adverse effect on health.” They found, for example, that the effect of longer working hours was stronger among women logging more than 45 hours a week at work who were living with children under age 12.

Another potential reason for the gender difference may have to do with the type of work men reported; in the study, about a third of the men working long hours said they spent that time doing a combination of sitting, standing and walking, compared to only 8% of the women who worked longer hours. The men’s higher level of physical activity may help to explain, in part, their lower risk of developing diabetes.

MORE: You Don’t Have to Work Overtime to Impress Your Boss

The results add to the growing understanding of how work hours affect health, and especially diabetes. Previous studies found, as this one did, that people working longer hours seemed to have a higher risk of developing diabetes compared to those working fewer hours, but only among people with lower social and economic status. Most of the studies also included only men and not women.

The fact that long work hours may be connected to diabetes isn’t entirely surprising. People who work more than 40 hours a week may experience higher levels of stress, which can change hormones like cortisol. Changes in cortisol can affect the body’s insulin levels and its ability to break down sugar. Higher stress can also disrupt sleep and lead to poorer mental health, which in turn can contribute to changes in weight and insulin levels, and contribute to diabetes.