One day, a long time ago, Michele needed a massage! She was a broke newly licensed massage therapist, so she decided to go back to Columbus State where she 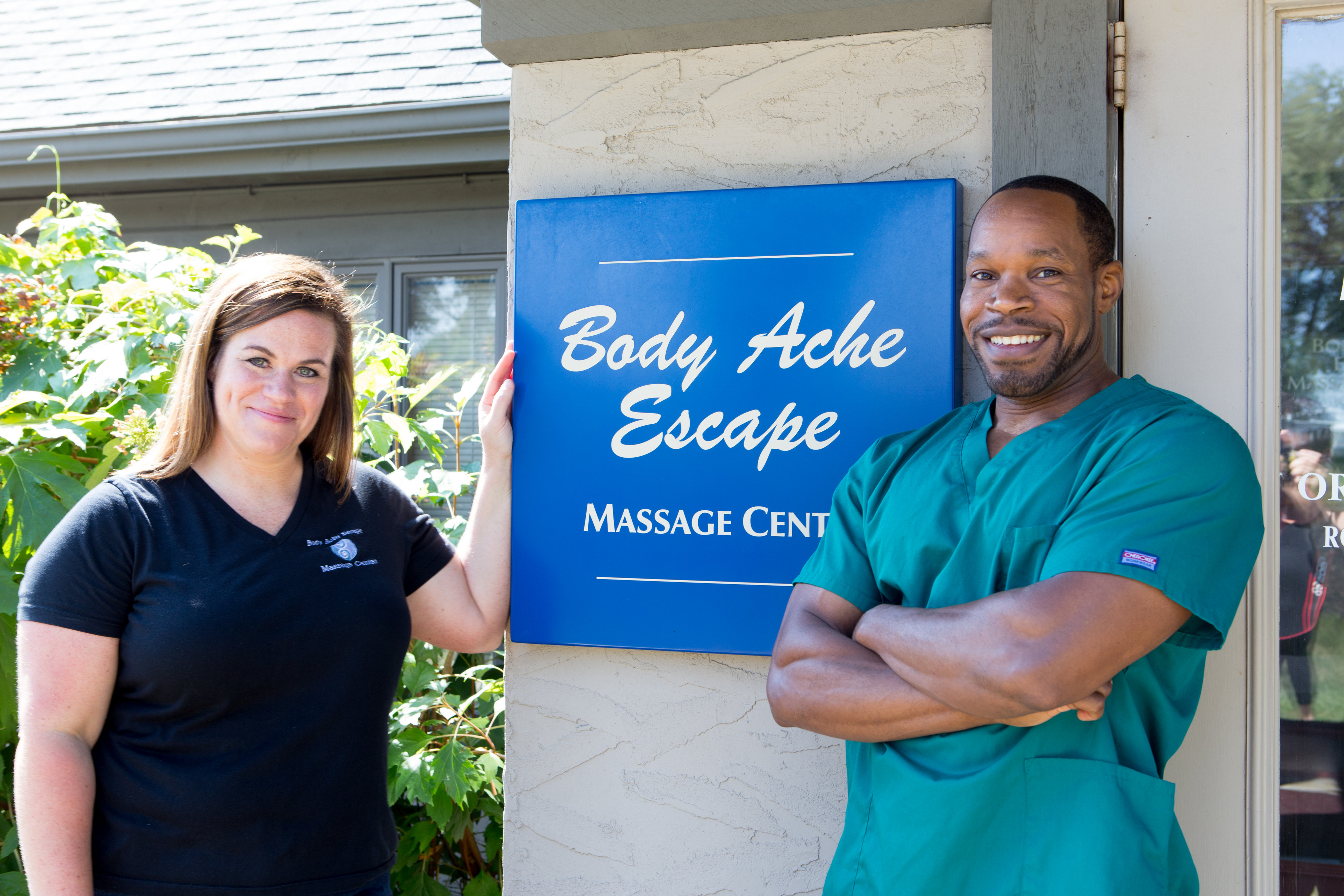 graduated from to get her massage. They didn’t charge much there at the time because students gave the massage.

As luck would have it, Michele got her massage from Kyron! It was great! He did this ear-draining move that is memorable to this day. They didn’t speak again until…..

Early on in her career, Michele worked for a local chiropractor in Columbus, OH. The chiropractor put her in charge of interviewing new massage therapists to hire. After a long day of duds, who walks in but Kyron! Michele remembered him from his awesome ear thingie so he immediately got the job. Well, the ear thing plus he’s super smart about stuff.

The time came for Michele to move on from the chiropractor and she was sad because she and Kyron had become such great friends. Kyron told her, “Don’t worry. Just because we won’t be working together anymore, doesn’t mean we won’t ever talk again.” She didn’t believe him! So the first chance she got, she got him hired at the YMCA in Canal Winchester to share her massage room there. It was really the perfect setup. They 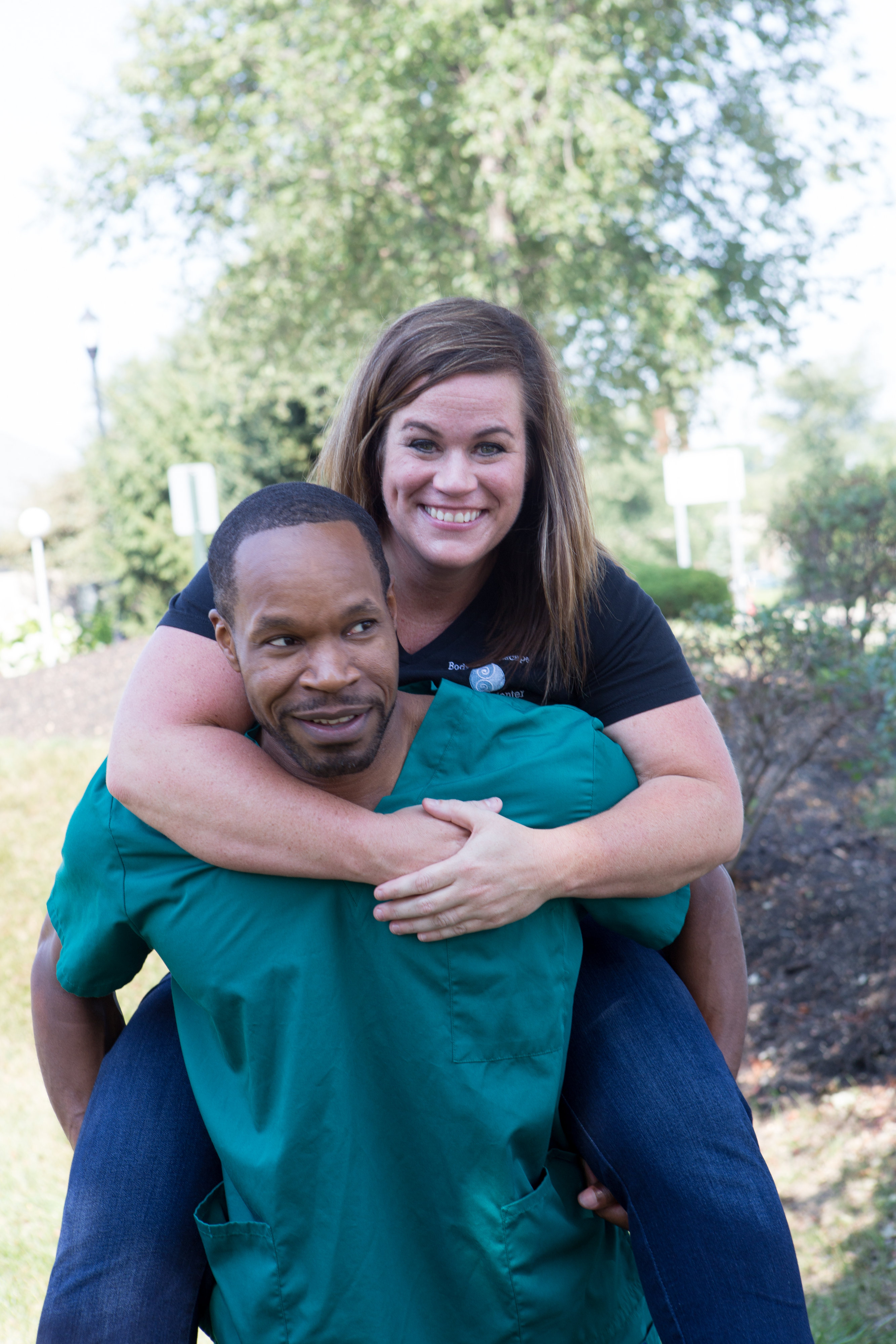 didn’t pay much in rent, they made their own schedules, and they had a huge pool of people to market to right outside their massage room door.

A Good Ending Leads To A Great Beginning

Events started taking place at the YMCA that lined it up perfectly for Michele and Kyron to start their own location. It took them about 6 months to get everything set up, but finally, they came up with a name and opened the doors of Body Ache Escape Massage Center in June of 2010. They started with just a tiny 2-room office and have expanded twice now. They hope to eventually be able to buy their own building in Pickerington and be well known throughout Columbus as “THE PLACE” to go to for a therapeutic massage.

“We love serving the community as a team through our hands and hearts.”~Michele & Kyron

Some things to note about Body Ache Escape near Columbus, Ohio