The Many Uses For Coconut Oil

The Many Uses For Coconut Oil 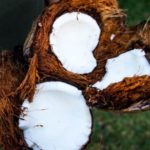 Coconut oil is something that’s been making headlines over the last few years and has grown in popularity among the healthy living community, and with good reason, too. It’s one of the most versatile products on the market today and provides so many different benefits that it really deserves all the publicity it’s getting.

So, if you’ve never really used it before or are wondering if it lives up to the hype, then here are a few things you might not know that you can use coconut oil for.

You may have heard about using coconut oil to improve oral health already because it’s been one of the most common things that have been reported in recent years regarding this oil, so it’s fair to say that it’s pretty well known.

If you’ve ever dealt with the dreaded dry hair in winter, then coconut oil is going to seem like something of a savior. It’s not something you should be using every day because it’s a very greasy product, so you won’t want to use it too much, but for deep conditioning and adding some moisture to dry hair or even a dry scalp, it really does work wonders.

When using coconut oil as a moisturizer, it works pretty much the same way as when using it as a conditioner, and it’s amazing for dry skin.

As you’ll see when buying coconut oil, it’s something that’s traditionally sold as cooking oil, so it’s perfectly edible and is also considered to be healthier than other cooking oils, though there is still research going on around whether that actually is the case or not.

One of the best uses for coconut oil that’s not as well-known as the others are using it as an after sun product.

To learn more on how to use coconut oil click the link to read the full article.