How Much Exercise Prevents Depression? 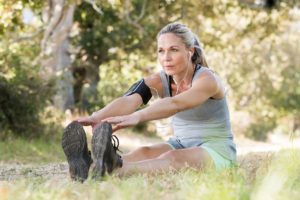 How Much Exercise Prevents Depression?

Add depression prevention to the growing list of ways that exercise can be an effective form of depression treatment. A newly-released study finds a direct link between staying active and recovering from mild to severe depression. And the good news, it doesn’t take hours at the gym to achieve this result!

Mood disorders have a way of catching people off guard after 50. After all, if you’ve never been prone to “the blues,” you probably think of yourself as wired to avoid the problem. But in fact, people in their 50s are more likely to face depression than both their younger and older counterparts.

A combination of mental and physical factors are to blame for the increased danger of clinical depression. You’re facing challenging life events such as empty nest syndrome, parents’ deaths, and even retirement planning, in the second half of your life. Many people, of course, transition out of temporary grief or anxiety without entering into clinical depression. But for others, these life events can be triggering ones.

Many women over 50 also have the challenges of menopause to contend with. The mood swings that come with those hormonal shifts can bring be significant. Pair that with the decreased energy and physical ailments that age often brings — and you’ve got the recipe for lingering depression.

Sadness or emotional numbness is the most obvious sign of type of depression. Low self-worth and guilt may also accompany this devastating disorder. Other symptoms of depression might include aches and pains, insomnia, weight loss or weight gain, fatigue, irritability and concentration issues. The mood disorder can be severe enough to lead to thoughts of suicide, or to serious health problems caused by self-neglect.

One obvious hurdle between experiencing depression and undertaking a healthier lifestyle? Low motivation to do anything, including working out, is a key symptom of depression. Fortunately, studies show that the amount of exercise needed to make a significant difference in your mood is not as great as you might think.

One of the most sweeping health studies ever undertaken was recently released to the public. The HUNT Cohort Study, based in Norway, was an 11-year project during which healthy people of varying levels of activity were monitored for signs of depression over the years. The wide-sweeping research involved more than 33,000 adults, none of whom had significant physical or mental issues at the outset of the research. Those who did develop it over the course of the study were prone to be sedentary.

In fact, researchers concluded that up to 12 percent of cases of depression could be prevented with depression treatment such as a minimum of one hour of some kind of physical activity every week. Further, people who move from a life of zero activity to at least one hour of exercise per week have a 44 percent reduction in risk of depression.

But what if your depression is so severe that fitness alone won’t carry you out of it? There’s good news on this front, as well. Increased activity and medicinal therapy are not an either/or proposition when it comes to depression — even for serious cases.

What Kind of Exercise is Best?

There’s certainly truth to the adage that the best workout is the one that you will actually stick to. In general, any fitness pursuit that you enjoy has the best chance of lifting your mood. Taking a walk a couple of times a week can make a big difference to your state of mind. In warmer weather — or if there is a community pool you enjoy — swimming can also be a mood-booster that you won’t consider a chore.

On the other hand, you may be looking for a special routine that’s been linked to depression prevention. Research shows that a one-hour weekly session of yoga has been found to increase brain brain gamma-aminobutyric (GABA) levels. There is a link between low-GABA and mood disorders like anxiety and depression.

Similarly, adults over 60 with major depression experienced significant reduction in symptoms when they added tai-chi to their antidepressants, according to a study noted by AARP. Medical tests of the participants revealed that tai-chi improved internal inflammation, which is linked to several disorders, including depression. The tai-chi participants also experienced sharper mental clarity.

If you find that your depression lifts as you add exercise, you may begin to up your fitness game. For both mental and physical health, a fitness plan that includes some cardio, stretching, and resistance training is ideal. Along with being a natural mood booster, this mix is the best way to stay flexible, heart-healthy and strong-boned after 50.

Don’t beat up on yourself if you still can’t find the motivation to work out, even after beginning medication or finding a great workout plan. If you are having trouble getting yourself to exercise, there are a few methods that might help.

“Accountability coaches” are increasingly popular, and can provide motivation and progress-tracking online — no office visits necessary. Many are available at a modest cost, but you might also enlist someone you trust to do it for free. Alternatively, ask a friend to work out with you. This will provide a low-key a source of companionship and encouragement.

You might also try workout out at the same time of day each time, or on the same days of the week. Doing so will soon make exercise a literal habit. If you’re the type who likes to document your workout details, buy a notebook. Charting your progress can be a mood-booster in itself!

Of course, exercise won’t be the cure-all depression treatment for everyone suffering from a form of depression. And for some people who are simply struggling to function, even moderate exercise can seem too overwhelming to undertake. That’s why it’s crucial to visit your doctor and begin taking the steps that will carry you out of this black period.

You might need to start with dedication and talk therapy, rather than a workout plan. But whichever order you begin your journey, make fitness one of those steps. It can make a big difference in your quest to take your life back from this crippling disorder.

50 Foods That Lower Your Cancer Risks 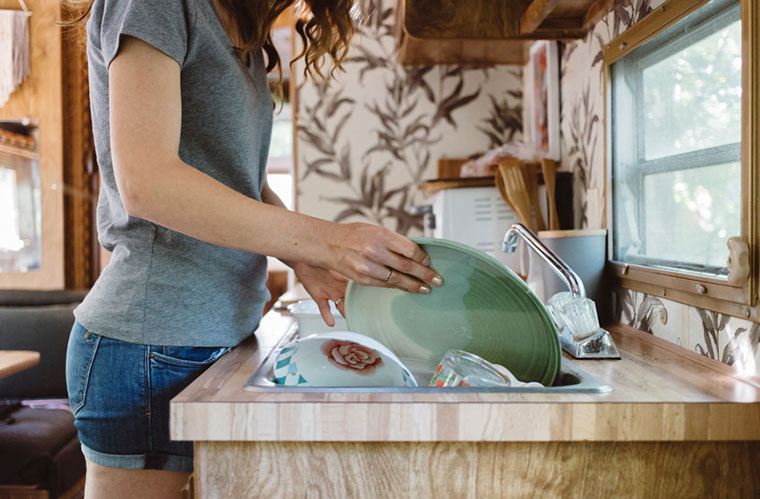 The latest longevity hack, according to science: cleaning the house Gallery 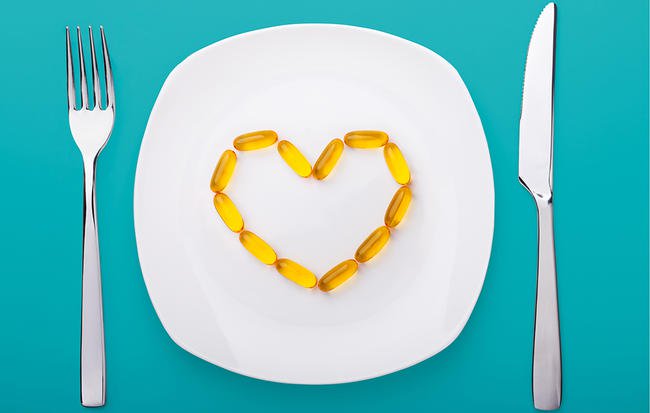 Are Omega-3s The Secret To Better Gut Health? Gallery

Are Omega-3s The Secret To Better Gut Health? 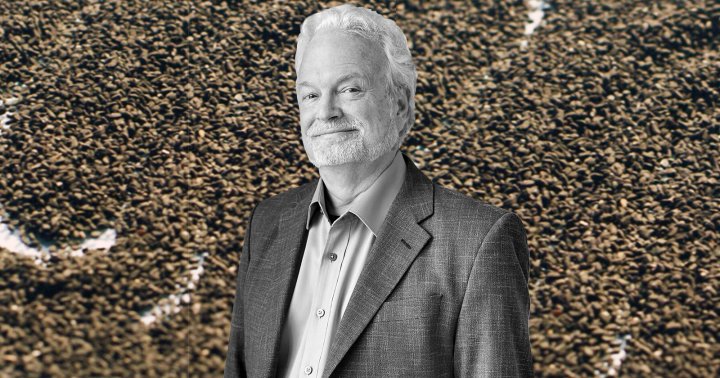 How To Melt Away Stress & Lighten Your Mood Naturally Gallery

How To Melt Away Stress & Lighten Your Mood Naturally