When it comes to adding years to your life, you probably already know that being active is key. But that doesn’t mean you have to start training for a marathon or beat yourself up for sleeping through your a.m. workout class. According to a new study out of the Simon Fraser University in Canada, just 30 minutes of moving your body a few times a week is enough to improve your health—and you don’t have to log that time at the gym. Even cleaning the house counts. 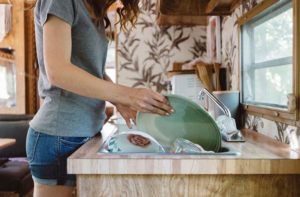 The study looked at a diverse cross-section of over 130,000 men and women ages 35 to 70 from a variety of countries. The broad participant pool—who were rich and poor, rural and urban—was followed for seven years. Researchers found that those who were healthiest and lived the longest were active for about 30 minutes most days, but they weren’t necessarily “working out.” In fact, the most common ways they kept active involved on-the-job duties and housework.

“Overall, the more activity a person did, the lower their risk of mortality and cardiovascular disease.”

“Overall, the more activity a person did, the lower their risk of mortality and cardiovascular disease,” says Scott Lear, the study’s lead author. Even though the amount of activity it takes to potentially live longer isn’t all that much, most people aren’t doing it, according to the World Health Organization.

Still, the study’s findings are pretty encouraging for most. Now, when you wake up on Saturday morning and can’t decide if you want to go 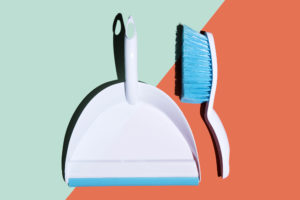 for a run or clean the kitchen, you can tackle the latter and still know you’re doing something for your body—and your home.