Exercise Could Lower Your Chances of Getting Heart Disease

About one in four deaths in the United States are due to heart disease. But a new study suggests that even if you have a genetic risk for heart disease, there’s a simple way to combat it: Exercise.

In the study, researchers looked at data from nearly 500,000 people from England, Scotland and Wales who were participating in a trial called the U.K. Biobank Study. At the start of the trial, the men and women allowed researchers to assess their genetic predispositions for heart disease. They also self-reported their exercise, wore accelerometers to subjectively measure their daily physical activity, wore hand dynamometers to measure their grip strength, and underwent a cycling test to measure their heart fitness.

The researchers looked at people who had a family or genetic history of heart disease but did not have any current heart problems, and found that overall, exercise lowered their risk of having heart problems over 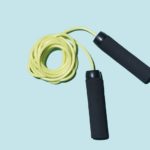 about six years. The researchers also found that among people with an elevated genetic risk for heart disease, having a strong grip (a measure of physical ability) lowered a person’s risk of coronary heart disease by 36% and their risk for atrial fibrillation (abnormal heartbeat) by 46% compared to men and women with weak grips.

The findings were published Monday in the American Heart Association’s journal, Circulation.

“Regardless of your genetic risk, there is a benefit to being more physically active,” says study author Dr. Erik Ingelsson, professor of medicine at Stanford University School of Medicine, adding that even people at a high genetic risk were able to lower their risk for heart disease.

Prior research has shown that exercise is a cost-effective way to prevent heart disease. Another recent study found that people who have heart disease actually live longer when they exercise. The new study is one of the first to look at how exercise might help a person with a family risk of heart disease keep complications at bay.

Getting people to actually work out, however, is a challenge. Only slightly more than half of adults over 18 get the recommended amount of aerobic exercise each week. Even fewer do muscle training in addition to aerobic exercise. Americans often cite a lack of time or lack of motivation to work out. But the new study suggests interventions to encourage people to exercise could pay off.

Ingelsson says people who are concerned about their heart health—especially if they already have markers of heart conditions—should consult health professionals about exercise plans. “In general it’s a good idea to suggest that people talk to their doctors,” he says. “That said, if you don’t have any cardiovascular disease, our results would indicate exercise would be good for you even if you have a higher risk.”