From Heartbreak to Healing 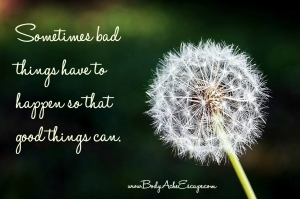 From Heartbreak to Healing
by Michele Cook

Earlier this week I celebrated a birthday..37! Reflecting back on my 36th year, I was grateful because 36 was enormously better than 35. I said that on Facebook too.

Thank you everyone for the Happy Birthdays! I feel so blessed! This has been my best year yet! I now understand the saying, “sometimes bad things have to happen before good things can”. Good things have definitely happened this last year and I hope for even better this coming year!

I have had several people ask me what I meant by this. I know I hate it when people are cryptic on facebook, so I wanted to explain. This puts me in a very vulnerable (this is one of my lessons this past year) position so I appreciate your kindness. I decided I wanted to share my story in hopes that it will help even one person.

In 2013 my husband, Joe, and I decided we wanted to start a family. We were so excited that it didn’t take long for me to get pregnant! In October of 2013, the pregnancy test came back positive. We told our families on Thanksgiving. Talked about the future. Different experiences we would have as parents. We could finally go to Cosi without looking like creepers! lol

One day after work in early December, I got some stomach pains. So bad I had to lay on my massage table for a few. I thought it was just constipation since you hear so much about that going along with pregnancy.

By the time I got home it had gone away, so I forgot about it.

But the next week at my workout class, I started having the pains again so bad that I had to hurry to the restroom. When I realized the pains were not bathroom pains, I quickly went home. I could barely make it. It hurt to sit. It hurt to lay down. I was delusional. I thought I was dehydrated.

I got up to make a cup of tea and I couldn’t stand vertical without passing out. I crawled to the phone and called Joe. He came as fast as he could and immediately called the ambulance. He’s my hero. He was amazing in a time of crisis.

When I got to the emergency room, they discovered the pregnancy was ectopic. That means the baby implanted in
the fallopian tube instead of the uterus. They couldn’t believe I was so far along…8 weeks to be exact. The baby had gotten so big that it made my fallopian tube explode and I was bleeding internally. They had to do emergency surgery.

It didn’t sink in for quite awhile what this all meant. I knew it meant it would be harder this time to get pregnant with only one tube, but I still thought I’d be able to.

This brings us to May 2014. I hadn’t gotten pregnant again so my doctor put me on clomid, a drug that helps a woman conceive. I was on it for 3 months. Those 3 months were the worst 3 months of my life. I knew I would be moody on clomid since it messes with the hormones, but I 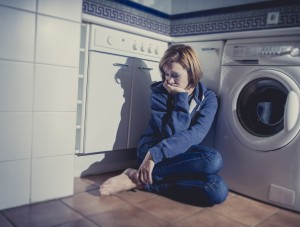 was not prepared for suicidal. I no longer saw the point in living. I lost a bunch of friends. I even lost some employees during this time. I don’t blame any of them. I was intolerable to be around…even to myself.

Once again my husband was my hero and suggested I get help which I did..in the form of zoloft. This definitely helped, but I still felt like I had lost myself.

By January I still hadn’t gotten pregnant again. I had to get to the bottom of this! I made an appointment with a fertility specialist, Dr. Jain. He was very nice and didn’t try to give me false hope. He basically said it was a miracle I ever got pregnant in the first place and that my hormones suggested I was all out of eggs. He told me he thought the only way I could have a baby was to get an egg donor. Same answer from a second doctor.

This was completely devastating. I cried a lot. Thankfully my friends, family and even clients supported me and showed me they cared.

My friend, Susie, cared so much about me that she repeatedly suggested I see her business coach. I finally gave into her and called him. Every single time I met with him, I discovered more about myself. I started journaling, meditating, changing my perspective. I have learned more this past year about myself than I have learned in all the years before combined. (I might be exaggerating a little…but not much)

I learned exactly what it means to be vulnerable. I thought it was bad before, now I know it’s good…scary, but good.

I learned what it means to be authentic and am learning how to be more authentic. 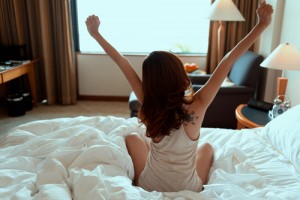 I learned that my #1 value is inner peace and I’m coming up with a personal (and business) mission statement.
I learned the difference between a manager and a leader and how to be a great leader. I hope I am demonstrating that to my awesome group of therapists now!

I feel like I have found myself again…and become an even better version of myself this time!

Joe and I have come to the decision that we are perfectly content with it just being him and I. But you never know…miracles happen every day!

If you think this would help someone you love, please share it with them! I would love to hear your story of how you overcame adversity.